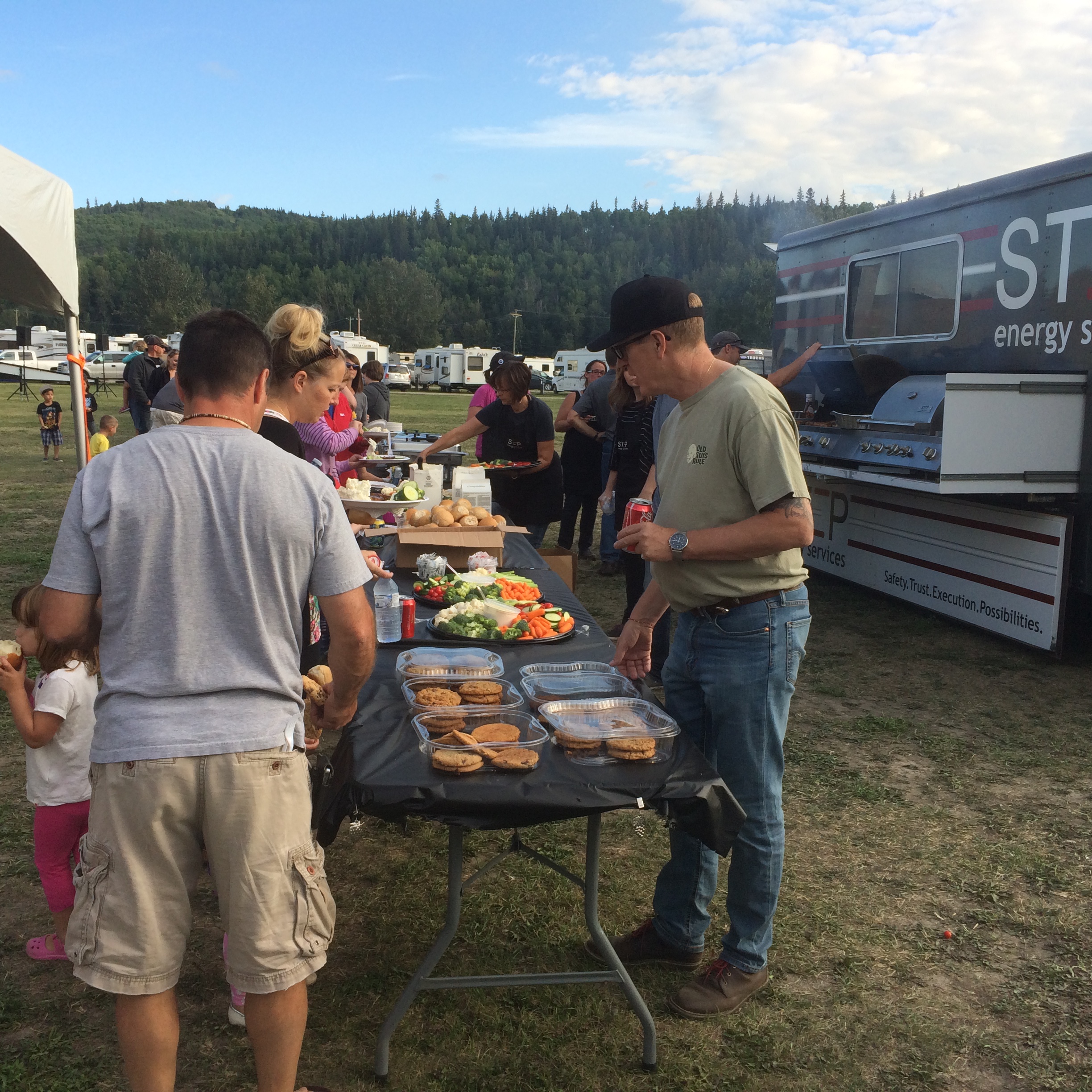 Calgary, AB (August 20, 2015) – For the second year in a row STEP and Ferus teamed up to co-host a dinner for the Fort St. John Oilmen’s Association during its Family Weekend event on August 15. Both STEP and Ferus had their BBQs on location to cook up pork chops and serve salad, buns, beverages, and cookies to over 420 hungry campers.

Jason Lakusta, STEP’s nitrogen manager based in Fort St. John comments, “It’s great to see the community coming together to share in a fun-filled weekend.” Lakusta adds, “Given the economic situation we weren’t sure what the turnout would be this year, but we were thoroughly impressed. I’m happy to see families celebrating the good times and STEP’s honoured to be a part of that.”

In addition to its continued support of the Oilmen’s Association, STEP’s commitment to the local community can also be seen through its dedication to the Impact Society and the Fort St. John’s Women’s Resource Society.