Mr. Davis has served as CEO and a director of STEP since its inception in March 2011 and also held the role of president from December 2013 to June 2021. Mr. Davis is a professional engineer with over 30 years of energy industry experience and is a co-founder of STEP. Previously, Mr. Davis held senior positions at Renaissance Energy Ltd. and Enerline Restorations Ltd. Mr. Davis was the president and CEO of Flexpipe Systems Ltd. and most recently was the president and CEO at Severo Energy Ltd. Mr. Davis served as a board member with the Impact Society (non-profit) until September 2017, previously holding the position as chair of the board. Mr. Davis is currently the chair of the board for CORE Linepipe Inc. Mr. Davis graduated from the University of Alberta with a Bachelor of Science in Petroleum Engineering, is a professional engineer registered with the Association of Professional Engineers and Geoscientists of Alberta, and is a certified director from the Institute of Corporate Directors. Mr. Kelly has served as the executive vice-president and CFO of STEP since November 2018, after resigning from the board to join the executive team as executive vice-president in October 2018. Mr. Kelly served as STEP’s lead director on the board from March 2014 to October 2018, and was the chair of the audit committee and a member of the C&CG Committee. From 2015 until 2017, Mr. Kelly was executive vice-president and CFO at PTW Energy Services Ltd. a private electric and instrumentation services company with operations spanning North America. From 2013 until joining PTW, Mr. Kelly was the president of Hogarth Ventures Ltd. where he provided consulting and advisory services to clients involved in the energy sector. From 1997 until 2013, Mr. Kelly served as executive with Trican where from 1997 to 2009, Mr. Kelly was the vice-president, finance and CFO, followed by the position of senior vice-president, EAME and CIS where he oversaw Trican’s international operations until his departure in 2013. Mr. Kelly graduated from the University of Calgary with a Bachelor of Commerce. He is a chartered accountant and a member of the Institute of Chartered Accountants of Alberta, and is a certified director from the Institute of Corporate Directors. Mr. Glanville has served as COO of the Company since its inception in March 2011 and was appointed president in July 2021. Mr. Glanville served as vice-president, operations from November 2013 to June 2021. He is responsible for STEP’s coiled tubing and pressure pumping operations in Canada and the U.S., as well as external affairs and strategy, investor relations, and communications. Mr. Glanville is a co-founder of STEP and is a certified engineering technologist with almost 25 years of oilfield experience. Mr. Glanville’s background includes 10 years with Schlumberger Limited working with the company’s North American oilfield services divisions, and seven years with Sanjel managing the Canadian coiled tubing and nitrogen business unit. Most recently, he spent two years with Calfrac as manager of the Canadian coiled tubing division. Mr. Glanville currently sits on the board of the Petroleum Services Association of Canada (PSAC) and serves as a director of PSAC’s Stars and Spurs Gala in support of STARS Air Ambulance. He is a former president of ICoTA Canada. Mr. Glanville received his diploma from the Southern Alberta Institute of Technology. Mr. Duhon has served as president, U.S. operations since July 2019. Previously, he held the position of vice-president, coiled tubing services and open hole wireline services, U.S., and has a proven track record of building a robust business and high performance teams as demonstrated with the success of STEP’s U.S. coiled tubing business. Mr. Duhon has over 21 years of experience in the energy industry. Prior to joining STEP in May 2015, Mr. Duhon worked at Pioneer Energy Services Corp. as vice-president of coiled tubing operations from 2012 to May 2015, prior to which he participated in a coiled tubing start-up, Go Coil LLC, from 2008 to 2011. Mr. Thompson has served as the president, Canadian operations since August 2018. Prior to his current role, he served as the vice-president, coiled tubing services, Canada, since April 2015. He was the director of operations since January 2014, and the operations manager since June 2011. Mr. Thompson has 20 years of North American oilfield experience. Prior to joining STEP, Mr. Thompson worked for Technicoil Corporation from 2001 to 2011, where he held various operations roles, including senior field superintendent. Before entering the coiled tubing industry, Mr. Thompson was in the drilling sector with Layne Christensen Company and started out his oilfield career as a drilling roughneck. 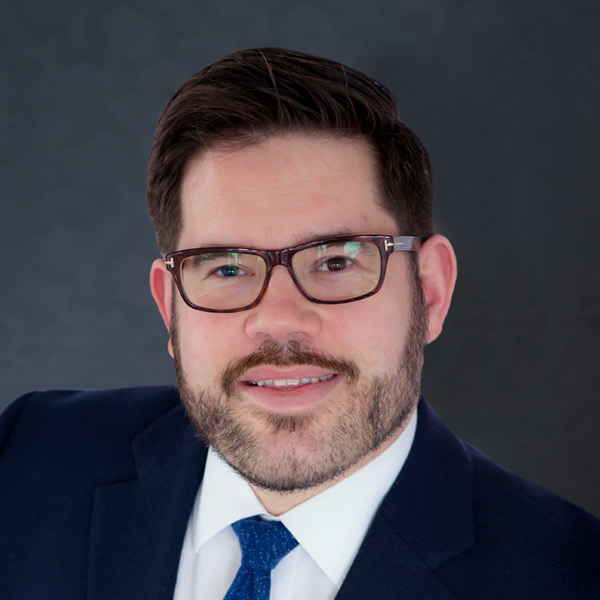 Mr. Kane has served as vice-president, legal and general counsel since January 2021. Most recently, Mr. Kane was STEP’s general counsel, a role he has held since joining the company in 2016. Mr. Kane has practiced law for over 13 years; most of his career has been spent providing strategic legal counsel and overseeing the corporate governance for large international companies in the oilfield services sector. Prior to joining STEP, Mr. Kane held positions at Sanjel Corporation, TransCanada Pipelines Limited (now TC Energy), and Macleod Dixon LLP (now Norton Rose Fulbright). Mr. Kane holds a Juris Doctor from the University of Detroit Mercy, a Bachelor of Laws from the University of Windsor, and a Bachelor of Science in Neuroscience from the University of Lethbridge. He is a member of the Law Society of Alberta, Canada. Ms. McLeod-Hill has served as vice-president, finance since July 2015. She is a chartered accountant with over 25 years of financial and leadership experience, with a focus on oil and gas services for the past 11 years. Prior to joining STEP, Ms. McLeod-Hill worked at Gasfrac Energy Services Inc. as the CFO for two years. Previously, she progressed into senior roles in both public and private companies including Telus Corporation, HSE Integrated Ltd., and DXP Canada Enterprises Ltd. Ms. McLeod-Hill graduated from the University of Calgary with a Bachelor of Commerce.